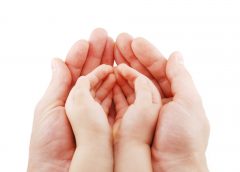 The Wise Artful Maker (Aṣ-Ṣāni‘u’l-Ḥakīm) created the human body as if it is a surpassingly orderly city. Some of the vessels operate like a network of telegram and telephone. Some others circulate the life-giving water, blood, just like a water pipeline network circulates water in a city.

As for the blood, two sorts of blood cells were created within it. The first type is called red blood cells and they distribute the nutrients to the body cells. They deliver sustenance to the cells just in time under a Divine law. It is pretty much like traders and food supply officers [in a city]. The second type is the white blood cells. They are smaller in number compared to the others. Their duty is to defend against diseases in the manner that a soldier does against enemies. Whenever they start to defend, they swiftly take a wondrous form with two circular movements like a whirling dervish does.

Blood over all has two general duties: The first one is to repair the damage on the cells of
the body, the second one is to collect the cellular wastes and to clean the body. There are
two kinds of blood vessels: arteries and veins. The arteries bring and distribute the pure blood and they are the tubes for delivering pure blood from the heart to the tissues of the body. The veins are the tubes of the venous blood that collect the waste and carry it. They bring the blood to the lungs where the breathing occurs.

The Wise Artful Maker created two elements in the air. One being nitrogen and the other oxygen. When oxygen interacts with the blood during respiration, it attracts the opaque element carbon, which pollutes the blood, to itself like a magnetic amber stone. The two combine together and transform into a substance called carbonic acid which is a poisonous gas compound. This interaction both maintains the normal body temperature and purifies the blood.

For the Wise Artful Maker favoured a powerful bond between oxygen and carbon which is called “chemical attraction” in the science of chemistry, these two elements combine under the Divine law when they get close to each other. It is scientifically established that heat is produced out of this combination for this combination is a sort of combustion. The wisdom of this subtle matter is as follows:

Particles of these two elements have distinct motions. At the time of the chemical compound, the particles of one element unite with the particles of the other. Thus, they start to move as one. One motion is left suspended. Before the composition, there were two movements. Now, the two particles have become one. The two particles have taken a single motion like a single particle. The other movement, under a Divine law of the Wise Artful Maker, transforms into heat. The notion that “motion generates heat” is an established law.

Thus, based on this very fact, by way of the chemical compound, the normal temperature
in the human body is maintained. In the meantime, as the carbon is removed from the
blood, the blood becomes purer and as the air goes into the body at the time of inhaling,
it both cleanses the life-giving water of the body and also kindles the fire of life. As the
air goes out at the time of exhaling, it yields the fruits that are words in the mouth, the
miracles of the Divine power.

“Glory be unto Him, [Transcendent is He from any deficiency whatsoever] Whose Art
never fails to bewilder the minds!”