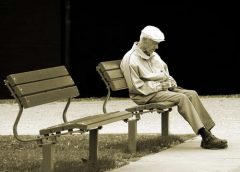 Man is apparently is a small being with respect to his physical body. However, the meaning he has is beyond his material form. His essence gathers many meanings together. His true nature collects many features. There are many worlds in the man. He is like a seed which contains all the features of the worlds: his spirit from the world of amr (unconditioned existence), his memory from Lawh al-Mahfooz (tablet of Allah’s decrees) where everything is recorded by writing, his imagination from the world of ideas (misal), his matters from this visible world, his angelic features from the world of angels, his desires from the world of animals, and so on.

Man has been created in the best of stature. (Tin, 95:4) This includes physical, spiritual and talent aspects. The man is at the centre of the universe, and everything serves him in an excellent way. And the order of the universe and the creation show that the man and the other creatures are in the best form possible. And when man’s position is compared to the other beings he is the successor upon the earth. (Fatir, 35:39)

means that he has free will, power and attributes to some extent, and he has an authority to use the other beings and to rule in the world. All of these, of course, are to be within the consent of the one who gives them to the man. And he must always know that the abilities, power, or the authority do not belong to his own self. He is just a representative. He will use his free will in accordance with the giver of that will to implement the command and laws. And the coming successors will carry out the same job. (Elmalılı)

It is also apparent that everything given to man means something. The character, the body, the spirit and the emotions of the man mean that he has a special mission in this world. It is unthinkable that man is just an ordinary creature like the others.

There are many features which make man superior to other beings. The foremost of them is the “ego”. It helps the man to understand himself, first of all. Unless he stakes his claim to the things he has, everything given to him will lead him to the real owner of the things. For instance, “This home belongs to me,” says a man, “and just as I have built and arranged it, someone created the worlds and put an order, too.” In fact this reflection goes to the realization that the man, in reality, has nothing of his own. Everything belongs to the owner of the universe. So he knows Him, declares his obedience and practices His commands.

This is actually the purpose of the man in this life. The creator gave life to man to worship Him. (Dhariyat, 51:56) So the wisdom behind man’s being sent to the world is to know his Creator, to believe in him, and to worship him. To know and to believe is the duty of man, and actually his debt. (Rays, Şuâ‘lar, 7. Şuâ‘, 95)

So the man, himself, is nothing but a living being that has some superiority compared to other beings. If he does not get connected to the creator of him and everything, he cannot be anything but an intelligent animal. In fact, since the man has the ability to be aware of his ego, and he knows and feels the taste of being existent, he cannot help feeling depressed when he realizes the end of his life and his loved ones. Animals cannot have such feelings. So we even can say that the features of the man only become tools of torture to him after a while.

But if the man knows his creator, understands his position in the creation, and realizes his duties to his creator, he enjoys being an honoured guest of his lord, and opens the gate of eternal bliss with the death.