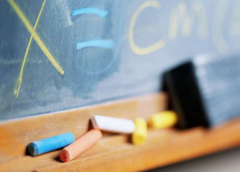 As a model in human relationships, the methods that the Prophet Muhammad (PBUH) used in spreading his cause and mission will prove to be effective if we can apply them successfully in our own educational activities.

What is more important than what we teach in education is how we teach it. Of course, we have to teach good and useful things to people and youth, but this must be done in effective ways. It is known that the students who do not like a teacher generally do not like the subject either. A good educator should care about and love his addressee and he should be genial and positive; in fact, he should devote himself to his profession and students. Our Prophet (PBUH) devoted himself to his duty. He had more of the qualities that an educator should have. Psychologists say that the way you speak is actually more important than what you say. According to research, the words spoken contribute seven per cent of the effect; the tone of voice thirty-eight per cent; and the gestures and body language have fifty-five per cent of the effect in communication between people.

The Prophet Muhammad (PBUH) was the most effective orator of all the times. He knew how to address the hearts, and thus he became the beloved one of the hearts. He first made himself loved, and then sought the ways to educate people. He used a style in his speeches that affected people and made them think, so he achieved permanent behaviour change in people by means of the best educational methods.

He rewarded and appreciated positive behaviours

If we want to lead people to behave positively and prevent them from acting badly, the safest way to do this is to reward and appreciate positive action.

He used to give examples suitable to the topic

One of the best methods of education is giving examples, as stories and examples more stick in the mind. Man can look at the face of the truth through these examples and stories and can perceive it more easily. The information given in the form of a story becomes more significant in the mind, and is remembered for much longer. We should read Islamic stories to our children, tell them about historical events and prefer to give all messages in form of stories. For this purpose the Prophet (PBUH) highlighted the significance of the prayer with such a metaphor:

“What would you say if there were a river in front of a man’s  house and he bathed in it five times a day, would he remain dirty?” Those who were there replied, “No, no dirt would remain on that man”. Upon this the Prophet (PBUH) said, “This is how it is with the five daily prayers. Allah (SWT) cleans sins by means of them.” (Bukhari, Mawaqit, 6; Tirmidhi, Adab, 80)

He taught by practice

One of the most effective ways of teaching is demonstrating by means of practice. People do not forget what they are taught with practice. Teaching by practice is the most fruitful method of teaching.  Our Prophet (PBUH) saw a boy who was skinning a sheep and said to him: “Let me teach you.” He put his hand between the skin and the meat until he reached up to the armpit of the sheep, and then he said: “Skin it like that, young man!” (Dawud, Taharat, 73; Ibn Maja, Zabaih, 6)

Our Prophet showed a man who asked about it how to perform ablution. In some narrations it is said that he repeated it three times. (Ibn Maja, Taharat, 48) Teaching by practice engages both the eyes and the ears, and thus helps the information to stick in the mind.

He used to explain making use of drawings

Another way of providing information which will stay permanently in the mind of the learners is to make use of drawings and figures. The right lobe of brain records drawings straight into the photographic memory and it does not forget them for a long time. For that reason, teaching making use of drawings and visual methods encourages the subject matter to be understood well. The Prophet Muhammad (PBUH) explained the features of the ways of Allah and Satan by drawing shapes on the ground while sitting together with Jabir (ra). Jabir (ra) told the story as follows: When I was sitting together with the Prophet, he drew a line in front of him and said, “This is it; this is the path of Allah (SWT)”. Then he drew two lines to the right of this line and two lines to the left of the same line and said, “And these are the paths of the Satan”. Then he put his hand over the line in the middle and recited the following verse: “This is my straight path, so follow it, and do not follow other paths, lest they scatter you from His Path. This He has enjoined upon you, that you keep from disobedience to Him in reverence for Him and piety to deserve His protection.” (An’am, 6:153)

He used to repeat things

Underlining and repeating the important points during teaching is an important teaching method for making the subject matter remain in the mind. The learner feels that what is repeated is important. To be able to memorize information, we repeat it. Through repetition the information is transferred from the short term memory to the long term memory. Since the information is strengthened in the mind, it may be easily recalled even if a long time passes. For this reason, when the Prophet Muhammad (PBUH) introduced new information to his companions, he often used to repeat it three times and in that way he tried to get the important points to stick in the mind. Also the number of repetitions could change according to the capacity of the interlocutors. Some might get it when it was said just once and some might need more repetitions. Anas (ra) said: “When the Messenger of Allah said a sentence he used to repeat it up to three times making sure that it was understood.” (Hakim)

He made learners write

Learning by writing is one of the best ways of education. While writing the attention is focused on the subject and you have a text if you want to remember the topic in a detailed way. Writing once is equal to reading ten times. By writing, we engrave the topic both on the paper and in our minds and hearts. The Prophet Muhammad (PBUH) said as follows regarding this issue: “Bind knowledge by writing.” Furthermore, emancipation of the prisoners of the war in return for teaching literacy to people shows the significance that he attached to reading and writing. (Abu Dawud, Adab, 6)

He used to criticize the behaviour not the agent

The Prophet Muhammad (PBUH) was sent to promote good morality. His words of advice were reflected from Allah who is the Compassionate as a reflection of mercy, thus, he would say good words and commit good deeds. He knew that evil words blemish the heart, and evil in the heart reflects upon the soul. For this reason, he never said an evil word to friend or foe. The Prophet would not speak in a way that would break anybody’s heart. When he was treated badly, he did not take it personally and he generalized it and then corrected it. When someone complained to him about someone, or he saw a fault in someone, he did not fling the fault in the agent’s face. Educationalists and psychologists say that for sustainable long-term education, a stable and uncritical relationship between teacher and learner is a must.

When we look at our Prophet (PBUH), he would say, “what is the matter with those people that they say or do so and so!” and thus he made people realize that what is wrong is the behaviour, and he did not insult or scold people. He did not criticize the person, but rather the faulty action, and he tried to correct it in the best way.

When we consider the life and practices of the Prophet (PBUH), we see that if we apply his lofty methods when we are in a difficult position, the problems will be solved, our paths will be illuminated, and we will easily see the farthest horizons. If we avoid practising these methods just through negligence, we will be the losers. It is a big mistake to consider them unimportant. Those who make the methods of the Prophet into good habits for themselves will find that they act straightforwardly and  become successful.

11 thoughts on “The Educational Methods of Our Prophet (PBUH)”