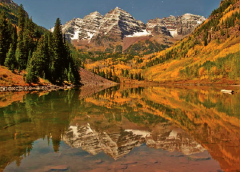 One of my friends recently died at his 30. I attended his funeral. First, the corpse was washed and shrouded. Then we performed the funeral prayer. Finally, the deceased was put in to the grave. Everybody started to bury the corpse in turn. Shortly it was buried under the earth. I was astonished that it took such a short time. What’s the rush? It seemed like everyone wanted to leave that place as soon as possible.

Meanwhile, I started to contemplate the dead. The corpse would decay after a while, leaving behind nothing but bones. Then the bones would decompose, too. Every part of the corpse would mix in the soil.

But how in the world that decayed body would be revived and given life again? That question distressed me greatly. Whereas I believe in the hereafter and the resurrection, it has been the first time that this issue disturbed me. I realized that I was not satisfied with the belief in resurrection. I don’t think it is because of weakness of my faith. Because Prophet Ibrahim, one of the great messengers, was not exactly satisfied with this issue and wanted the help of Allah (SWT). It is mentioned in the Qur’an as follows:

Resurrection is one of the four fundamental subjects of the Qur’an (Bediuzzaman Said Nursi, Signs of Miraculousness); and it has been the second important cause of the prophets after the belief in Allah. However, it has also been the creed that the people had most hesitation to believe in. Because, the revival of the bones when they have rotted away is something that the people cannot easily comprehend. Therefore, the hesitation that people have is not a result of weakness of their faith, but rather it is because of the difficulty of the issue. And that is why the Qur’an dwells on the resurrection a lot; and gives many examples and tells stories so that people can understand and accept the resurrection.

The Food and Drink of Uzair (Ezra) (peace be upon him)

One of the stories about resurrection told in the Qur’an is as follows:

“Or (as another proof that it is Allah alone Who gives and takes life, and will restore life to the dead, call to mind) him who passed by a town that had fallen into utter ruin, and asked himself (in bewilderment): “How will Allah restore life to this town that is now dead?” So Allah made him remain dead for a hundred years and then raised him to life, and asked him: “How long did you remain in this state?” He said: “I remained so for a day or part of a day.” Allah said: “No, you have rather remained thus for a hundred years. But look at your food and drink: it has not spoiled; and look at your donkey! So We would make you a sign for the people (that they might understand how We have created them and will restore life to them after their death.) And look at the bones, how We will set them up, and then clothe them with flesh.” Thus when the truth became clear to him, he said: “I know that Allah has full power over everything.” (Baqarah, 2:259)

One aspect that draws our attention in this story that the life of Uzair (peace be upon him) was taken for a hundred years and then his life was given back to him. Another interesting point is that although the food decays much faster than animal body, his donkey rotted while his food and drink did not. Another remarkable point is that although both man and animal body are composed of flesh and bones, Uzair (peace be upon him)’s donkey decayed, but his body did not.  Moreover his decayed donkey was revived under his eyes. We have not seen that incident but we believe in it as if we saw it. As our Lord says we read this evidence of resurrection and increase our faith.

Prophet Ibrahim (peace be upon him) and Four Birds

The second story is as follows:

And recall when Abraham said: “My Lord, show me how You will restore life to the dead!” Allah said: “Why? Do you not believe?” Abraham said: “Yes, but that my heart may be at rest.” He (his Lord) said: “Then take four of the birds (of different kinds), and tame them to yourself to know them fully. Then (cut them into pieces and mix the pieces with each other, and) put on every one of the hills a piece from each, and then summon them, and they will come to you flying. Know that surely Allah is All-Glorious with irresistible might, All-Wise.” (Bakarah, 2:260)

The People of The Cave

According to a story told in the Qur’an seven young men escaped from a tyrant and irreligious king, and took refuge in a cave and stayed there sleeping for hundreds of years. (Kahf, 18:10-26) This story is also mentioned as an evidence for the resurrection. Because Allah (SWT) says, “And in this way We disclosed them to the people so that they might know that the promise of Allah is true, and that there can be no doubt about (the coming of) the Last Hour.” (Kahf, 18:21)

There is too much to say about these stories, however we want to draw attention to the following verse:

Look, then, at the imprints of Allah’s Mercy – how He revives the dead earth after its death: certainly then it is He Who will revive the dead (in a similar way). He has full power over everything. (Rum, 30:50)

One of the imprints of Allah’s Mercy is mentioned as follows:

Allah is He Who sends forth the merciful winds, so that they set clouds to move, and We drive them towards a dead land and (thereby) We revive the earth after its death (with the rain carried in the clouds by the wind). Even so will the Resurrection be. (Fatir, 35:9)

The verses in the Qur’an tell us that the resurrection which we have difficulty to understand is that easy. It is as easy as the revival of the earth with the cloud’s bringing rain. As a matter of fact this occurs again and again every year, and we observe it. The universe is actually full of these examples of resurrection as long as we look around us from this perspective.

Having perfectly read the book of universe Imam Bediuzzaman Said Nursi interprets the verse “He Who has made for you fire from the green tree, and see, you kindle fire with it.” (Yasin, 36:80) as follows:

“Oh you who deny resurrection! Look at the trees! One Who raises to life and makes green in spring numberless trees which are dead in winter and like bones, and in each single tree even shows three examples of resurrection through the leaves, blossoms, and fruit – the Power of such a One cannot be challenged with denial or considering resurrection improbable. And it cannot be considered unlikely of the One Who demonstrates that none of these is independent and acts of its own accord that He should raise man from the earth once again, who was made from earth and later returned to the earth. He may not be challenged with rebellion.” (Bediuzzaman Said Nursi, The 25th Word) Because when our Lord wills a thing to be, He but says to it “Be!” and (in the self-same instant) it is. (Yasin, 36:82)