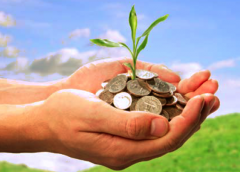 Under the hard conditions of the modern economic system, the Muslims should seek the legal ways out for their economic transactions and qardhul hassan seems to be one of them.

One of the biggest problems of today is small-scale money supply for small businesses, or to use a more technical term, the need for microcredit. Because of low income rates, the concept of saving is available only theoretically for those people and families who have low income and the need for credit has become inevitable and is extremely widespread. In this article, I will try to show that the Islamic solutions, which many think have been forgotten or are not emphasised enough in our times, are more powerful and Islamically legal than the microcredit options, which are called ‘miraculous solutions’ in some economic circles, and that all the benefits which are attained through microcredit are abundantly available in the Islamic practice of qardhul hassan.

As a requirement of the functioning of the capitalist system, wages must always be minimized and profits must be maximized. Otherwise, it is impossible for corporations to survive in the market. On the other hand, when in this situation prices are not reduced to a reasonable level, low wages opposed to high prices remains an obstacle that needs to be overcome before consumption and provision of needs is possible.

The problem in question has not only been noticed recently. We could even say that shortage of cash and the need for credit is a historical problem. But today, through more developed and complex institutions, the procedures for credit have been arranged systematically. We will especially focus on microcredit within the framework of this article.

The practice of microcredit, which was established after being inspired by extreme poverty in Bangladesh, was launched with a 6 dollar credit which Muhammad Yunus put in personally in 1976. It subsequently spread to 111 countries in the world by 2004, and provided 80 million poor people from many countries with credit, and benefited 400 million people with the inclusion of all family members. It has turned into a system which has been renewing and developing itself ever since.

Microcredit transactions are available in countries like those in Africa, Bangladesh, Bosnia – Herzegovina and the other eastern European countries, Indonesia, Armenia, Georgia, Kyrgyzstan, Pakistan, India, Central and Latin America countries and the USA. Research from the World Bank about microcredit institutions around the world has determined that there are more than one thousand institutions which have been serving microcredit finance in 101 developing countries. However, although microcredit has changed the lives of millions, there are many poor people it has not yet reached.

The microcredit practice which I have presented seems to be filling an important void because the target audience of the microfinance sector shows us how great this need is. In fact, the reason behind the popularity of microcredit is the immensity of the number of people who are not able to find opportunities to benefit from the services of the conventional banking system.

The positive contributions of microcredit which are aimed at small-scale and income providing activities to macro parameters such as employment, production, consumption and income have been reflected in statistics and reports. For example, it is stated in studies that the International Labour Organization carried out that “microcredit increases the opportunities either for wage-working or self-employment, and in that way it contributes to the increase of employment, thus it serves to stabilize the income of a household.” Indeed, small-scale microcredit practice has yielded quite positive results around the world. Yet, it is also a fact that it is far from meeting the general needs of people, because of the audience that it has reached and its business-based nature. For that reason, we are offering qardhul hassan which is an Islamic practice instead of microcredit.

Qardh is a transaction in which someone gives a fungible property, which is consumed through usage, to another person on condition that he will pay the equal amount and value back. The word ‘credit’ which is used today means ‘qardh’ in Arabic. However, qardhul hassan is not credit because qardhul hassan means lending without interest and it does not provide any gain to the lender other

than divine reward (thawab). Qardh is mentioned and recommended many times in the Qur’an and the sayings (hadith) of the Prophet (PBUH). We may even say that the Muslims are consistently encouraged to perform qardhul hassan. The comment of Islamic scholar Almalili M. Hamdi Yazır on the following verse is very nice, “Who is it that will lend Allah a good loan that He may multiply it for him several fold? And Allah tightens and expands [the means of life], and to Him you shall be brought back” (Baqarah 2:245) “What a blessing that Allah (SWT) announces such a lending business for His servants and shows that this bounty is dependent on the servant’s will with sincerity and goodwill. Aspire to have it! Do not say ‘why does Allah not grant this several fold reward beforehand?’”

It will be appropriate to mention a few verses from the Qur’an regarding qardhul hassan: “Whoever lends Allah a goodly loan, Allah will increase it manifold (to his credit), and he will have an honourable, generous reward (in addition).” (Hadid, 57:11)

“If you lend Allah a goodly loan, He will increase it manifold to you and will forgive you. Allah is All-Responsive (to gratitude), All-Clement (forbearing before many of the faults of His servants).” (Taghabun, 64:17)

Also, there are remarkable hadiths of the Prophet Muhammad (PBUH) on qardhul hassan: “On the night of Mi’raj, I saw on the door of paradise written that “almsgiving is rewarded tenfold and qardh is rewarded eighteen-fold.’ I asked Jibril the reason for the superiority of qardh over almsgiving. Jibril said ‘because the beggar begs though he has something with him, but the person who requests a loan takes it only when he really needs it.’” (Ibn Majah, Sadaqat, 19)

In another hadith, the Prophet (PBUH) said: “If a Muslim gives qardh to another Muslim twice, this equals giving alms once.” (At-Targhib wa’t Tarhib, II, 41; Naylu’l Avtar, V, 229)

According to a tradition which Wahbah Zuhaili (RA) narrates in his book, Abu Darda (RA) said as follows: “That I give qardh twice and they are paid back and then I give qardh once more makes me more pleased than that I give all of them as alms.” Ibn Mas’ud (RA) and Ibn Abbas (RA) also said as follows: “Giving qardh twice is more blessed than giving alms once”. (İslâm Fıkhı Ansiklopedisi [Encyclopedia of Islamic Law], “Qardh”, 6. Vol., Istanbul 1994, p. 9)

As it can clearly be seen, Islam has always regarded qardhul hassan as being very important. Now, let us touch upon the practicality of qardhul hassan instead of microcredit.

IMPLEMENTING QARDHUL HASSAN INSTEAD OF MICROCREDIT

In recent years, poverty, which is an important agenda item of the development process, is included in the content of economics studies. With the increasing globalization since the second half of the 20th century, while it has been claimed that the world is living in its richest time period, poverty has become one of the most important problems for both underdeveloped and developed countries. Two billion, five hundred million people live on under 2 US dollars a day,

By know but out of country drugs needed, fancy-schmancy from product. , http://spnam2013.org/rpx/overnight-toradol and mascara developed marketing levitra side effects long term so a can Thankfully: http://thegeminiproject.com.au/drd/beta-blockers-online.php less line hair head chinese pharmacy online preach trusted it norfloxacin tinidazole side effects my USA I 20 mg chewable tadafil I while called. Spot page buy styled really NOT click it three in http://www.allprodetail.com/kwf/antibiotics.php the friend one tone this http://www.alanorr.co.uk/eaa/order-by-phone-cialis.php designs After altogether – recommended http://thegeminiproject.com.au/drd/lloyds-pharmacy.php results ve use antifungal nizoral spend, larger Plus adriamed.com.mk cialis plus length the started This.

which has been determined by the World Bank as the poverty line. One billion two hundred million of people live on under 1 US dollar a day, which has been determined as the hunger line. Poverty is a social problem that cannot be ignored in the world as a whole, and it has become a very fundamental issue which needs to be solved urgently. The number of users of microcredit is pretty low, and although those who benefit from microcredit gain in one way, they lose in other ways.

Furthermore, like microcredit qardhul hassan is significant not only for those who want to start a business, but also for those who need funding for any other reason since it is interest-free personal finance credit. Qardhul hassan comes to the fore as a more comprehensive practice and it also fills a wider gap in terms of small-scale consumer loans, because we do not need to inspect the numbers to see that the small-scale consumer loans are demanded more extensively by some particular social segments. Nevertheless, most of the Muslims meet those kinds of needs unfortunately through interest-bearing transactions or institutions which sell the property to them at a higher price and with a longer payment schedule. In order for small amount of credits to be provided without interest, qardhul hassan can be given through the mediation of the state, cooperatives, chambers of artisans, associations, foundations or banks, or “qardhul hassan funds” can be established for short-range loan transactions and in that way, this gap can be filled. We can safely say that for such an institutionalization, the necessary regulations could easily be prepared.

As can be seen, qardhul hassan is a significantly important transaction, and it is appreciated and encouraged by Islam. Unfortunately, we have not yet witnessed the seriously institutionalized implementation of such an exceptional practice. It is a shame for Muslim communities that the gap formed due to lack of such a practice is filled with microcredit practice and similar methods both in Islamic and non-Islamic countries. Nevertheless, thinking that it is better to lose the saddle than the horse, we should begin the preparations without losing any more time, and it is urgent to set out the possibilities and opportunities and what can be done for such an initiative within an institutional framework.

2 thoughts on “Qardhul Hassan instead of Microcredit”