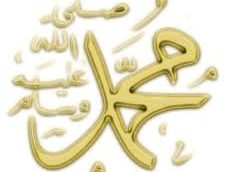 How Will We Know that “Paraclete” Mentioned in the Bible Refers to Prophet Muhammad (pbuh)?

Prophet Jesus (pbuh) talked in Hebrew (Aramaic) not in Latin. Therefore the Bible was in Aramaic. Later it was translated into Greek and Latin. The most important distortions happened during these translations. As it did with the word Paraclete…

The meaning of Paraclete in Greek is “a comforter” and another meaning is “someone who is pleaded to”. With the later meaning the word “Paraclytos” cannot be used as a name to describe anyone. It is even unthinkable that such a name would exist in the world. There is another word in Greek, which is “Periclytos” meaning “Ahmad, the Praised One”. (Risala-i Hamidiyya pg: 59)

While the translators were translating the Bible to Greek from the language that it was originally revealed in, Aramaic,

they mistranslated the word Periclytos as Paraclytos. In this case, if there was not an “a” between the letters “p” and “r” and it was spelled as Periclytos, it would be the exact translation of “Ahmad” into Greek. If this mistake was not made, then Prophet Muhammad’s name would be directly mentioned in the Bible with the word “Periclytos”.

The Quran states that Prophet Muhammad’s name is mentioned as “Ahmad” in the Bible:

“And when Jesus son of Mary said: O Children of Israel! Lo! I am the messenger of Allah (sent) unto you, confirming that which was (revealed) before me in the Torah, and bringing good tidings of a messenger who comes after me, whose name is the Praised One….” (Surah Saff: 6)

If the word Periclytos had not been distorted in the Bible, this verse in the Quran would be clearly seen. And Christians would have to accept Prophet Muhammad.

Regardless, both words foretell the coming of another Prophet and that is the last prophet, “Prophet Muhammad”. Because it is recorded in history that He (pbuh) is the only prophet who came after Jesus (pbuh).

One thought on “Paraclete”