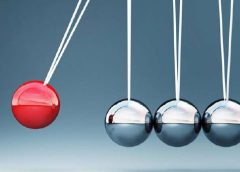 Abu Wuhaib (R) was a fountain of wisdom for the Muslims of his time as well as those of later centuries with the life that he led.

The original name of Abu Wuhaib (R), who was a known wali of his time, was Bahlul bin Amr al Sayrafi. He became famous as Abu Wuhaib. The date of his birth is not known definitely. Although he was from Kufa, he spent most of his life in Baghdad. He passed away in 805 A.D. in Baghdad and was buried in the Shunuziyyah cemetery next to the River Tigris.

There are reports saying that he was the brother of Harun al Rashid, the Abbasid caliph, or his courtier or counsellor. He used to counsel Harun al Rashid on every occasion. He was bold and made no bones about his counsels and was not concerned about the consequences. Since he was telling the rights known wrong and the wrongs known right without hesitation some would call him ‘insane Bahlul’. There are many stories about him from which we may learn a lot of lessons. One of the stories about Abu Wuhaib is as follows:

Every sheep must be hung thorough its own legs

One day Harun al Rashid charged Abu Wuhaib with inspecting the shopkeepers and craftsmen. Abu Wuhaib punished many shopkeepers because of their unethical and inappropriate behaviours and actions while inspecting them. The shopkeepers were angry with him because they thought that what they were doing was their own concern. It was none of anybody else’s business. Finally, they came to the caliph’s presence altogether. They told the caliph that Abu Wuhaib had punished them undeservedly, that there had been no damage done to him because of their transactions, that every sheep must be hung through its legs (every tub must stand on its own bottom) and that he needed to be dismissed from this post so that the businesses could get back to normal. Upon this, the caliph summoned Abu Wuhaib and told him that the shopkeepers were disgruntled with him.

Abu Wuhaib listened to the complaints and left without saying anything. The next day he slaughtered a few sheep and hung them in the open space in the centre of the city. The shopkeepers could not make sense of what was going on. After some time, the smell of rotten meat began to disturb people. When the disturbing smell became unbearable, the shopkeepers gathered in the caliph’s presence once again in no time flat. They said; “O Caliph! Please do something about this crazy man. We are not able to go downtown because of the smell emanating from the sheep that he has slaughtered and hung in the open spaces. We’re fed up with what he has been doing.” Again Abu Wuhaib was called into the presence of caliph. When he saw the shopkeepers with the caliph he asked, “What happened, again? Do you have another complaint?” When the shopkeepers said, “We are not able to go to downtown because of

the sheep that you hung there”, Abu Wuhaib responded, “Yes gentlemen, even if every sheep gets hung through only its legs, the whole surrounding area gets disturbed.” The shopkeepers found they had nothing to say. Now, let us analyse this story so that we can draw some lessons from it:

1. Wrong actions (though they may seem personal) affect the surroundings, both psychologically and sociologically

There are certain statements which are uttered by many wrongdoers. We frequently hear statements such as, “That is my action, it is none of anybody else’s business”, “This is my life; I can live however I wish”. Such statements have the same general meaning as the statement above, “every sheep must be hung through its own legs”. People who utter these statements may be right in terms of the life of the hereafter, because it is only they who will be punished because of their faults in the hereafter. Thus, we may say, “Let them do whatever they wish. Whatever they do, they will have to face the consequences.” However, is it possible to say the same thing for the life of this world? Could we say, “Let them do whatever they wish” in the face of the wrongdoings and immoral behaviours of some people? Should people have the freedom to commit sins? Should there not be a limit for man’s desire to do whatever he wishes? For example; what if everybody had the right to kill other people? Or what would the situation be if robbery and extortion were not considered crimes? How would the society be affected if people were free to commit crime? Justice, security, public order and peace would be disrupted. Thus, wrong actions do not only damage the people who commit them, but they also affect the society both psychologically and socially. No one is free to commit evil action. According to Islam, real freedom is one’s not causing damage to oneself or any other people. So actions which are considered illegal by the religion are banned because they cause damage to the individual and to society both materially and spiritually.

2. The prevention of evil is preferred over doing good

To repair a saucepan which has a hole in its bottom is more urgent than filling it with milk. Before pouring the milk into the saucepan, you have to repair the hole, which is a defect in this case, otherwise it will not make any sense. Enjoining what is good and forbidding what is evil have been considered compulsory for every Muslim. It has been said in a hadith, “Whoever of you sees an evil, needs to correct it with his hands. If he is not able to do it, he needs to correct it with his tongue (speech). If he is not able to do that either, he needs to dislike it in his heart. This is the weakest point of faith.” (Muslim, Faith 78 (49); Tirmidhi, Fitan 11 (2173)) Thus with regard to the damage that they cause to the society, preventing evils precedes doing the good. That is, first the evils should be removed and later the good should be established in the society, because ignoring evil leads to destruction. Doing good is reconstruction and building. Destruction is easy, yet construction is difficult. Every evil causes the termination of many good things in the society. Since destruction is easy, spreading the evil is happens quickly when compared to the good. Regarding this point, we need to prevent the evils before they spread to other people.

3. There are many ways of dissuading people from doing wrong

There is a tendency to evil in some people because of their nature. Though there is a great yet transient pleasure and joy for some people in evil actions, they also contain spiritual pain and misery. Since the soul prefers a little present pleasure over a great amount of real pleasure promised in the future, man, aided by the whisperings of the Satan, commits sins knowingly or unknowingly. Imam Bediuzzaman compares illegal pleasures to poisonous honey. A man who eats poisonous honey first experiences pleasure, but later suffers pain. In the same way, a man who commits illegal actions may first experience pleasure, but later his spiritual pains will disturb him right up until his death. This point should be kept in mind when we are trying to prevent evils. We need to show the bad consequences of the evil, so that people will abandon even the idea of trying them.

4. We could prevent a lot of evil thorough empathy

Sometimes we act without thinking about how our actions will affect other people. If people do not let us know, we may not even realize that we are hurting them. We might not realize that something which we assume is right may be problematic for others, unless we try to look at it from different angles. In such a situation, we should put ourselves in the other person’s place and try to evaluate the situation with his feelings. This is called ‘empathy’ in psychology. Psychologists use this concept in modern times, but the Prophet Muhammad (PBUH) applied this principle to deal with the people around him fourteen centuries ago. One day, a young man came to him and said that he wanted to commit adultery. The Prophet (PBUH) asked the young man whether he would like his mother or sister or aunt to commit such an evil action. When the young man said he would not like any of these relatives of his to commit such a sin, the Prophet (PBUH) said other people do not like their relatives to commit adultery either, and in that way dissuaded the young man from carrying out his intention. Isn’t this method used by the Prophet (PBUH) based on the principle of empathy? That kind of way of dealing with issues is his Sunnah. Since using empathy is Sunnah, we should try to incorporate this into our behaviour. It is possible to prevent evil by persuading people’s hearts and minds through empathy, rather than by offending people and suppressing their feelings. If parents, employers, superiors, civil servants, the elders, the poor and the rich were all able to respond with empathy, would people cause so much damage to each other?