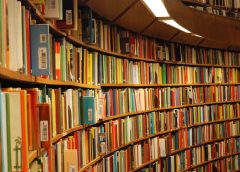 Acquiring knowledge, using our minds and thinking deeply are vitally important intellectual actions in studying the basic sources of the religion of Islam.

In Islam, knowledge is so important that the word ‘ilm (knowledge), including its derivatives, is mentioned 750 times in the Qur’an. Moreover, when we take into account the things which lead us to knowledge and are related to the word ‘knowledge’ like read, think, draw a lesson, mind, sight, wisdom, and thought, we see that one in every four verses is about knowledge, because the key to happiness in the world and the hereafter lies in knowledge. As great men have said, “The first and foremost religious duty is knowledge; and the first duty within the religious duty is sincerity.” Our biggest enemy is ignorance. It is not possible to attain material and spiritual happiness and victory without defeating this enemy.

‘Ilm is one of the divine attributes of Almighty Allah. The order in this universe indicates an All-Knowing Creator who has wisdom. “Say: Are those who know equal to those who know not?”1 Our Lord has created this universe for man, and wanted him to reach perfection through knowledge. He has taught the first man and the first prophet, Adam (peace be upon him) the names of things, their attributes and the reason they were created; and so the Prophet Adam was exalted above the angels.

The first command in the Qur’an is ‘Proclaim’: “proclaim! In the Name of your Lord Who has created (all that exists).”2 He is the Lord of the worlds. Look at the entire universe in His name; examine the divine arts and seals of oneness manifested in the worlds! Understand how He maintains the entire creation; believe in and obey Him! Inspect your own self, too. Who are you, where are you coming from, where are you going to, who is your owner? Discover! Consider and reflect by considering the mercy, favour, majesty, beauty, forgiveness, and wisdom! All these inspections lead us to ma’rifatullah (to know Allah) which is to rightfully acknowledge Him with His beautiful Names. The hadith, “It is obligatory upon every Muslim man and woman to seek knowledge,”3 obliges us to acquire knowledge. And it includes all the ‘ilm such as knowledge of the Qur’an, Hadith (sayings or traditions of the Prophet), Fiqh (Islamic jurisprudence), Kalam (Islamic theology), and all others which enable us to develop strong belief and make us live accordingly. Therefore, if a man truly knows Allah, he really loves Him. Someone who loves Him does not fail to obey Him. “It is only those who have knowledge among His servants that fear Allah.”4 A person who loves Allah is afraid to make mistakes, to disrespect Him, and to lose His approval and favour. If a man’s heart is deprived of knowledge, it gets sick and dies in the end. For this reason, “Man has come to this world to reach perfection through knowledge and worship. The basis, the treasure, the light, and the spirit of all sciences of truth is ma’rifatullah (to know Allah); and its fundamental principle is belief in Allah.”5

The Inheritors of the Prophet

Allah has sent the prophets as teachers so that man will gain Allah’s approval of the knowledge he seeks. The Prophet Muhammad (peace and blessings be upon him) said, “I have been sent as a teacher to you.” 6 This duty of the Prophet continued with the Muslim scholars, as is shown in the following hadiths: “The scholars are the inheritors of the prophets,”7 and “The scholars of my ummah (community) are like the prophets of Bani Isra’il (the children of Israel).”8 The common aim of all the prophets and the scholars was to spread the truths of iman (belief), because both the purpose and the outcome of man’s being created is to have a strong faith by reaching perfection through knowledge.

Imam Bediuzzaman Said Nursi, who came to help us in this age, was one of those scholars who spread the truths of faith, which are like remedies for the common spiritual illnesses of our time, and like the water of life for the minds and souls of today’s man who is as though stunned due to the weakness of his faith.

Imam Said Nursi wrote the Risale-i Nur treatises. He made tajdid (reforms) in Tasawwuf and ‘ilm al-kalam, and explained these two sciences to appeal to the understanding of today’s people in a Qur’anic way. Risale-i Nur is a tafseer which was directly written with istikhraj (by extraction) from the Qur’an al-Hakim; it is neither from the spiritual knowledge of the East nor from the sciences and philosophy of the West. Its truths are directly from the divine source, the Qur’an al-Karim.

Risale-i Nur has enabled us to attain the highest knowledges and truths in a very short time, as short as 15 months – which was like 15 years in the old days. It has claimed and proved that “one who reads these treatises for a year, comprehending and accepting them, may become a  scholar of real importance in this time.”9 Imam Nursi explained the true nature of knowledge as follows: “The light of conscience is religious sciences. The light of wisdom is positive sciences. When these two are combined together, the truth arises therefrom. The effort of a student grows through these two. If there is separation between the religious and positive sciences, bigotry arises from the first and disbelief from the second.”10 “Knowledge is of two kinds: one kind of knowledge is that it is enough to know once and to reflect a few times. The other kind is that the man always needs to reflect upon that knowledge, just as he needs food and water; he cannot say, ‘I have reflected once, it is enough for me’. So ‘knowledge of faith is of the latter kind. Hopefully The Words (the Risale-i Nur) is also of that kind for the most part.”11

The Merits of being a Student of Knowledge

One of the best benefits of busying oneself with knowledge is to become a student of knowledge. The following hadiths explain a few of the merits: “Allah will make the path to the Garden easy for anyone who travels a path in search of knowledge. Angels spread their wings for the seeker of knowledge out of pleasure for what he is doing.”12 and “Whoever wants to see someone that Allah has freed from hellfire, look at the scholars and the students of knowledge.”13

The following hadiths express the value of ‘ilm and the gatherings to study it: “Seventy ranks separate a learned man from a (simple) worshipper”17 and “Those people who gather in one of the houses of Allah (masjids) and read the Qur’an and discuss its meaning and message, Allah sends upon them peace; His mercy covers them, the angels surround them and Allah remembers them in the company of His angels.”18 and “Allah’s Messenger happened to pass by two groups (of Muslims) in the mosque and he said: “Both of them are good, but one is superior to the other. One group is supplicating Allah and praying to Him. If He so wills, He will give to them, and if He so wills, He will withhold from them. So far as those who are acquiring the understanding of religion and its knowledge and are busy in teaching the ignorant, they are superior. Verily, I have been sent as a teacher.” He then sat down amongst them.”19

Two important conditions and effective ways of studying knowledge are discussing and carefully reading in the gatherings. Ibn Khaldun says in his Muqaddimah, “The easiest method to acquire ‘ilm is discussion and exchange of ideas; the most beneficial method is that the students often discuss and talk about knowledge in debate.” Ashab al-Suffa, a group of young men from Madinah, who were the first students of knowledge in Islam, used to apply this method in the gatherings of ‘ilm. They used to discuss the verses and the hadiths, and study the most correct meanings of them.

The ‘question-answer’ method enriches the studies of knowledge, too. “Knowledge is a treasury. The key to this treasure is to ask questions. Do not be too shy to ask questions, since four people get rewarded when a question is asked: the questioner, the respondent, the one who listens to them, and the one who likes them.”20

The sahaba (companions of the Prophet), may Allah be pleased with them, used to ask the Prophet Muhammad (PBUH) questions about the things they did not know. When the sahaba did not ask any questions, the Prophet would ask them a question, and then give the answer himself. Even the angel Gabriel (may Allah be pleased with him) came many times in the form of a man and asked the Prophet questions about various issues, which enabled the sahaba to benefit from the answers. It is said that, “the beginning of ‘ilm is silence, then comes listening, and then memorization, and then doing good deeds with the things learned; and finally teaching them to the people.” If we were to count the gatherings of knowledge, every place in which Allah is remembered, even our homes, could be counted in.

Imam Said Nursi addresses the mothers and the fathers regarding this issue: Let your homes be a madrasa al-noor and a school of knowledge so that you can completely practise this sunnah of the Prophet (PBUH). So the children, the fruits of the sunnah, can intercede for you in the hereafter; and they become your real children (and inheritors) by taking from you the lesson of belief.”21

As we mentioned, the first command of the Qur’an is ‘Read’, furthermore, the importance of writing is stressed in the following verses, also from Surat al-Alaq: “Who has taught (the writing) by the Pen, Has taught man that which he knew not.” And at the beginning of Surat al-Qalam: “By the Pen and what they inscribe.” We understand from these verses that one of the important principles of being a student of knowledge is to write with the pen. ‘Ilm reaches perfection by writing.

One thought on “Knowledge: ‘sine qua non’ for the Muslim”