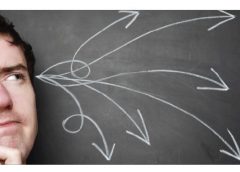 Our Prophet said, “The reward of deeds depends upon the intentions.” 1

Imam Bediuzzaman explained the matter of intention as follows:

“This matter of intention is the result of my 40-year life. Yes, the intention has got such a quality that it becomes an elixir and yeast that transforms the habits and behaviours into worship. It is also a spirit that revives the lifeless situations and makes them lively worships. And it has also got such a quality that it transforms the sins into good deeds (worship) and the good deeds into sins. So the intention is a spirit. And the spirit of that spirit is the sincerity. In this case, the salvation can only happen through the sincerity. For this reason, in the consequences of this quality, a lot of deeds come into existence in a short time. Therefore, the Paradise with its all pleasures and beauties is attained in a short life. And with the intention, human becomes a constant thankful person, and acquires the merit of being thankful.” 2

Here is an example to explain this truth:

A child spends about 20 years of his life for education from kindergarten to university. If ₺5000 is spent per year, it will cost ₺100.000 in total in twenty years. He undergoes many troubles and difficulties while going to and returning from school, and studying lessons. Going through all these hardships, if the intention is to “have an easy life and not to have any financial difficulty,” – and Allah’s consent and the Hereafter are not considered at all – he may thrive financially and have that easy life. As a matter of fact, if he starts working earlier – instead of spending years for education, he may even earn a lot more.

However, the time of death comes in any case. The worldly life and everything come to an end. As that child cannot win the hereafter, he also loses this world. But he takes along his sins in the world as the fuel of the Hell.

If Allah’s consent and the Hereafter are taken as the real goal, and that 20-year life is lived by performing compulsory worships and abandoning the grave sins, he gets an easy life and financial comfort; what is more, all the spending becomes charity (in the sight of Allah swt), all the hardship becomes worship, all the minutes and hours of the worldly life are counted as the seeds that will become the flowers of happiness in the Hereafter. Just as he obtains the consent of his Lord, the Hereafter, an eternal youth, an endless happiness, he also wins his worldly life. When the death comes, he does not lose his life eternally. In fact, his world will be bestowed by Allah (swt) in the form of Paradise upon him in the Hereafter.

Imam Bediuzzaman expresses how important is the intention as follows: “There is a good deed in abstaining from the sins, which is called taqwa, because abandoning a sin is fardh (compulsory). In this day and age, since there is sin everywhere, a person may commit hundreds of sins like gazing at haram (forbidden) when he goes out. If he abandons these sins with the intention of not committing sins, he can be like performing a hundred compulsory worships. If his intention is not to abstain from sins, if he has another intention, he cannot acquire any merit.” 4

“I shall narrate to you a narration, so remember it.” He said: “The world is only for four persons:

A servant whom Allah provides with wealth and knowledge, so he has Taqwa of his Lord with it, nurtures the ties of kinship with it, and he knows that Allah has a right in it. So this is the most virtuous rank.

And a servant whom Allah provides with knowledge, but He does not provide with wealth. So he has a truthful intent, saying: ‘If I had wealth, then I would do the deeds of so-and-so with it.’ He has his intention, so their rewards are the same.

And a servant whom Allah provides with wealth, but He does not provide him with knowledge. [So he] spends his wealth rashly without knowledge, nor having Taqwa of his Lord, nor nurturing the ties of kinship, and he does not know that Allah has a right in it. So this is the most despicable rank.

And a servant whom Allah does not provide with wealth nor knowledge, so he says: ‘If I had wealth, then I would do the deeds of so-and-so with it.’ He has his intention, so their sin is the same.”” 5

The intention transforms the sins into good deeds (worship) and the good deeds into sins in this way.

As Imam Bediuzzaman said, “Yes, just as sainthood has its wonders, so does a pure intention. So does sincerity. Especially, the serious and sincere solidarity between brothers and the brotherhood purely for Allah’s sake – they produce numerous wonders. In fact, the collective personality of such a community may achieve the perfection of a saint and manifest divine favours.” 6

May Allah (swt) make us among the sincere servants . Amin.