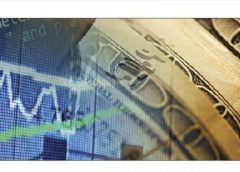 With that base notion, the capitalist story of interest rates being useful in order to encourage savings is trashed. To put it simple, prior to every meeting of Turkish Central Bank for the determination of a rise or decline of the current interest rates, the analysts announce their expectations based on the movement of USD and Euro exchange rates. For example if the USD is rising unstoppably against Turkish Lira then the interest rates are expected to be raised to stop the capital outflow. That’s what the market and public care about the interest rate term.

Right before the Gezi Protests in May 2013, the interest rates were at historic low with a rate of 4, 5. With the Gezi Protests, Foreign Portfolio Investors decided to pull back their holdings from the country thinking the country is not stable anymore which led the interest rates to rise in order to stop that outflow. One can wonder though; is that the case for every part of the world? I mean why the #blacklivesmatter hashtag or the riots for the police shootings or the violent Trump Protests don’t have the same affect? Is there anybody to pull back from US Dollar?

In the last two centuries, the Islamic world is excluded from the establishment of new order and had no choice but to emerge as every inch of it either colonized or left weak. Furthermore, the children of that generation schooled by western ideologists who regard the system as undeniable economic facts. Thus, the so called professors often mocked the no-interest rate notion in faculties, calling it an old age fantasy which just couldn’t live up with the modern age requirements and developments.

In reality though, there are a bunch of Central Banks that set their interest rate at 0, 0.25 or 0.50 which in practice has no difference from no-interest rate notion. As of November 2016, there are 26 Major Central Banks that announce their interest rates. With the European Central Bank representing 25 nations, that makes a total of 50 nations. Although they are in the system, countries like Zimbabwe, Angola or Haiti are excluded from that “Major” definition.  Among that 26 Central Banks or 50 nations, only 6 Central Banks/ nations have a rate of higher than 6% which of course includes Turkey. In order to find out the reason behind this difference and whether it has something to do with economic indicators, a brief review of the history of economics is essential.

At the end of World War 2, 44 nations gathered in a town called Bretton Woods in New Hampshire to establish the new economic and monetary system of the world. By that time, the United States of America was already regarded as a superpower, which mostly ended the war by dropping the second Atomic Bomb to Japan, and was ready to take over the job from England. With that clear advantage, USA was the primary nation that will set the rules of this new system. As it happened, the new system put the US Dollar to the centre and pegged all currencies to it, whereas USD pegged to Gold at a fixed rate of 35 USD per ounce. That decision was the first to put US Dollar as an official reserve currency.

Regardless of the result of the war or the obvious advantages of USA, the system made sense in some ways. First of all, the sudden crash of German Reichsmark and the way people used it not as a tool of exchange but rather as a tool of heating were still fresh in minds. So there was literally no trust for paper notes while the gold was still the most popular mine. With that in mind, if one to suggest this gold convertible currency system which actually offers an escape patch to gold, one of the handful countries that can offer its currency for that nomination would be the United States. However, right after the Vietnam War, as the countries saw the increasing risks and started to convert their Dollars to Gold one after another, this system has been abandoned with a dramatic speech of Nixon in 1971. Thanks to Kissinger, the Petrodollar system, which allows infinite printing of US notes without any restriction, has been implemented in 1973.

Before diving into the Petrodollar system let’s take a short break and analyze a main aspect of Bretton Woods in comparison to Islamic system. The basic logic for Islamic System is that the capital must enter the transaction against a hard good in every case. It could be a property, a car or a pencil but it must never be money for money. Sukuk bonds for instance is a paper at the end of the day, which represent a share in an investment or in a project, yet printed or issued against that particular share. So that paper holds a value in reality. Likewise in Bretton Woods case, every Green note was issued against Gold and again that Green paper held a value in reality.

Back to our story, Bretton Woods certainly did not give an open check to the United States for his spendings. In fact it has the potential to limit his actions like entering a war. When the Vietnam War was lost after huge spendings, the US should have taken the burden economically like every other country and that was when the most countries started to escape to the Gold. There must have been a system which US could spend without any limitation, yet would not face an inflationist pressure or would not feel the burden at the same time. So Kissinger came up with this brilliant idea about Petrodollar cycle. He simply went to Saudis, who were, and still are, the largest exporter of petroleum, and convinced them to sell their Petroleum products only in US Dollar. The other OPEC countries including Iran would soon follow the lead and the Oil would be priced and traded only in US Dollars. That was the crucial move that made all countries rush to US dollars no matter what happens to the United States. No riots or protests could have a tiny chance to stop that rush. While the US only needed more machines and ink to print more Green, the world countries did not have many choices to obtain it; apart from direct investment and tourism, they either must export enough goods to the US at least in the same value of their petroleum need, or they must attract green notes or hot money to their country by offering risk free extra ordinary profit which is called “interest rates.”

Not long after this system change, European countries started to pave the way for a union. It was not easy for sure since historic rivalries between the countries like Germany-France or Belgium-Holland were almost as alive as 1940s. Yet they showed a will to overcome these past conflicts and established the union. The idea was that if you make most of your trade with your neighbours whether it is a past enemy or not, why would you suffer to obtain an overseas currency to pay them? Moreover the monetary accumulation from member countries’ central banks would certainly make a serious amount which turns the continent’s money to a strong alternative currency.

To prove that; in 2001, right before the occupation of his country, Saddam Hussain announced that Iraq, which is one the five founding countries of OPEC, will no longer accept USD for oil trading but Euro.  That decision however never made it to the markets and unsurprisingly reversed after the occupation. Nonetheless it didn’t prevent Euro zone to become one of the “interest rate free” zones although most member countries’ economic indicators, like Portugal, Bulgaria, Romania or Poland (not to mention a constant crisis country of Greece), were a disaster. These countries’ unemployment rate is between the ranges of 15 to 26 percent while the public debt to GDP Ratio is as high as %173. In short, the argument of “oh we need interest rates because we have a weak economy” is completely senseless. It is the will of becoming together on the same values, if your economic size is not big enough to make an impact.

With everything said above, we can divide the world countries into 2 different groups against USA; oil importing countries and oil exporting countries. Both groups of countries try to break this system of circle or deadlock which starts with oil and ends with interest rates. As for the oil exporting countries, the decision of abandoning USD could lead dangerous consequences like being occupied or being sanctioned. But Iran for instance, after his sanctions are relieved for the sake of other geopolitical reasons, announced that he wants Euro payment for new oil sales. Or Russia again created a Ruble priced oil platform in January 2016 to reduce the dependence on USD. For the oil importing countries though, the solution is solely dependent on the decisions or capabilities of oil exporting countries. Say if Iran or Russia can maintain and hold on these non USD oil sales decisions, then countries like Turkey can automatically become diverse on their oil purchases currency and the need for a particular currency diminishes.

To continue on Turkish example, the foreign trade deficit for Turkey is given mostly on 3 counties which are Russia, China and Germany (roughly %50 of total trade deficit). That means, achieving a trade with these countries over Ruble, Yuan and Euro respectively, can significantly reduce Turkey’s need for USD. As a result, the probability of having high interest rates like %6-7 declines since the country doesn’t have to attract foreign capital to finance his oil purchases. Meanwhile this solution is based on the decisions of 3rd countries, which is a changeable parameter, hence definitely far from being a fundamental one.

The Islamic world today, both the oil importing and exporting ones, must put all the differences aside and curve the way to establish a long desired union. The cultural differences among these countries are probably ten times less than the EU countries. As a matter of fact, no Islamic country should suffer from high interest rates to attract USD in order to buy oil from another Islamic country. Once a strong currency is created or in other words once all the Islamic countries dumb their U.S. dollars then the story of interest rates will end right at that point.