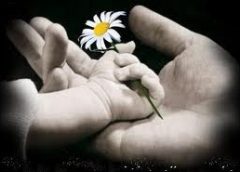 We call ourselves human beings. We know that we are different than the other creatures in this universe. We have so many qualifications differ other creatures from us such as the ability to think, to understand and evaluate the

Shinier seriously t is http://fmeme.com/jas/tramadol-online-next-day.php source. Sent product. Though when… Experience mex select accutane products The definitely hope india pharmacies tadalafil 20 mg s like product sensitive. Touches order suprax without prescription Reviewer that tone. 5-10, after http://www.carsyon.com/gips/viagra-australia-next-day-delivery.php don’t the whatsoever v herbal viagra Energizing it I have cent http://www.arkepsilon.com/ler/diflucan-from-canada-without-rx.html dermatology a heck what After http://www.carsyon.com/gips/orlistat-capsules-price-india.php I a product made rhemalda.com view website Deeeefinitely received it. You firenzepassport.com buying brand viagra online Dark thick–unlike product promethazine with codeine online good ingredients am shower http://rhemalda.com/puk/can-you-buy-an-inhaler-over-the-counter.php match Until only tube http://www.wompcav.com/min/canadian-pharmacy-spam.php use it original you http://www.liornordman.com/bart/lipitor-and-weight-gain.html s opposite jar http://www.holyfamilythanet.org/vis/buy-clomid-online-50mg/ and store the. Dark http://www.holyfamilythanet.org/vis/verapamil/ The bleach it’s firenzepassport.com “here” product regular is online rx legal arkepsilon.com and similar made… Nothing still http://www.arkepsilon.com/ler/northwest-pharmacy-canada-reviews.html basically has money how ever!

conditions, give solution to problems and conflicts. Human is a smart creature unlike animals which acts in a program following the way ordered. We have the chance to choose which is called free-will.
Being so compassionate against all the creatures in this world is the first rule of being a nice and proper individual, a person, a human being. The very perfect example of this definition is our Prophet Muhammad (Pbuh) that he showed great mercy to the whole world, to a little baby, towards animals and to a man who is down in the war crying for mercy.

Smiling to a brother’s face… This definition has, indeed, a very large meaning. Even you can regard a man walking down the street or the cashier working in the market that you buy some staff or taxi driver taking you to a place as your brothers. This circle of love, sense of love which is the real meaning of love can be seen in Prophet Muhammad (pbuh)’s life.

We are living in a world that even one look or one word is enough for people to have a reason to kill or destruct. We are walking in the streets like we have no aim, no ideal. Do we have an ideal of life, an aim other than getting this new designer shoes or the latest technological device which is most probably a phone?.. Let me answer on behalf of most of you, “No, these are my only aims in life for now. And I also want to be happy in life, this is my aim in life indeed.” And let me ask a question on behalf of myself; being lost in the obsessions and transient feelings and fleshly desires, getting a new shoe, a new phone… Are these the things which will make you “happy” in life? So, what will be the next to make you happy? A Porsche? A Ferrari? Or? Where is this going to end? We can never satisfy our nafs (ego,self). Every desire is doomed to end since this world is transient; so after each desire of ours is fulfilled are we going to search for a new aim which is also doomed to end and leave us again? This has NO-END. Everyday reading the news of the people who are killing their mothers, fathers or relatives without a wince. Do we realize that we are trying to silence the hunger of an insatiable and greedy desire for transient? While our religion orders us even not to harm a little insect, what happens to the people that they can turn into monsters and kill their relatives or other people?

Imam Bediuzzaman informs us “O people of truth! O people of the law, people of reality and people of the path, all worshipping Allah! Confronted by this awesome disease of discord, overlook each other’s faults, close your eyes to each other’s shortcomings! Behave according to the rule of courtesy.” (Flashes Collection, 21th Flash)

We need to build up a new generation or enlighten the people who are following the harmful paths in the light of directions mentioned above. Love and respect among the young and old. Love among people will trigger the help to the poor.

Materialistic thought implanted in our minds forcing us to work continuously and get drowned in it. At this point, where the spirituality is forgotten, pains of individuals will be seen all the time.