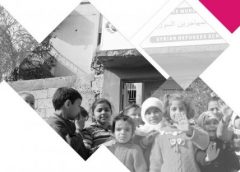 Syria is experiencing a great disaster. Millions of people have fallen into refugee status inside and outside the country. Education is a crucial issue that needs to be evaluated among many aspects of the crisis. Due to war and migration, millions of children have been deprived of right to education and there has been a great pessimism about the future of Syria.

If we care about the future of Syria, the most important thing to be done in this regard is to provide necessary material and spiritual support so that the future generations in Syria will not to be lost. It is with this educated generation that Syria will be rebuilt and will be able to look at the future with hope.

Principles that must be implemented

1- Education of all Syrian students

The international community is already carrying out projects to support the Syrian students in refugee status in Turkey, Lebanon and Jordan, and to regulate and support their education. At this point, considering Turkey as a bridge, the supply of training equipment and the preparation of curriculum by the Turkish Ministry of Education and civil society should be planned.

Successful students should always be the priority of education and should be supported individually. Therefore, promising students must be specially selected and a particular attention should be given to their education.

3- Positive discrimination towards the Syrians

Some privileges to Syrian students in Turkey, especially in university education, must be recognized. While international students from other countries are relatively abler to find possibility of studying in their country, Turkey is the only hope for thousands of Syrians. Therefore, in material support and scholarships a special quota should be granted for Syrian students.

In the present conflict in Syria, while Assad is secular, the people remain religious. Therefore, the religious sensitivities are in the foreground for the Syrian fighting opposition. Moreover, the atmosphere of war has revealed an Islamic air among Syrian people. For these reasons, the religious aspect of education should be attributed a particular emphasis. Furthermore, the alliance between two nations can be possible only through with religion. At this point, the Islamic rule “Verily, Believers are brothers” should be our motto.

5- Getting support from NGOs

It is particularly essential to train students who are helpful and loyal to their people and whole humanity. This work should be done through civil initiatives with religious consciousness. History has shown us that everything has corrupted unless controlled. Therefore, in addition to material assistance to the Syrians, religious and moral development must be ensured. Besides, through NGOs, students can be given a better religious education. In this way, a generation with high morality that would be helpful to their country and nation can be raised.

Problems of and proposals for Elementary and High Schools

Proposal: The opportunity to choose their own teachers among candidates should be provided for schools in order to increase the quality. However, in order to solve these problems genuinely, radical solutions are needed. All students should be brought together and be given education in big schools and for that, mobile education should be implemented. Until radical solutions are obtained, students should be able to take lessons which have low hours in a week and from whoever they want with no charges.

2– The inadequacy of school, the lack of schooling and the problem of attendance

1) The number of immigrant schools should be increased.

3) Scholarship should be provided for successful students, especially those in schools of NGOs.

4) Monthly food aid packages should be given to the families of the students in schools through municipalities and other NGOs. Many organizations provide aid for Syrian families. However, delivering these aids to the families through students will enhance the schooling.

Proposal: These schools should be supported in terms of educational materials.

Proposal: The number of Turkish courses in a week should be increased.

Proposal: The number of religion courses should be increased. Providing NGOs with support is also important for the enhancement of religious education. In addition, a comprehensive book for the course on religion should be prepared.

Proposal: All books, especially history books, should be analyzed and mistakes should be corrected.

Proposal: An introductory book should be prepared. In this book;

1) The brotherhood of Arabs and Turks,

2) The service of Turks for Islam in the past,

3) The service of Turkey for Islam in present and its rightful claims,

4) The mutual history of Arabs and Turks should be explained.

Proposal: The curricula of both schools should be equated.

5- Support for the schools of NGOs: There is a need for civil action for the immigrant Syrian people. NGOs are important partners for that aim. In this respect, NGOs should be backed. Especially successful students may be canalized to the schools of NGOs. In addition, because they are better in following up the students’ courses and their processes of improvement, the percentage of success in the university entrance exams is higher in the schools of NGOs.

1) There may be an assistant for every student.

2) The schools of NGOs may be supported in terms of expenses such as rentals and materials.

3) Or, classrooms from public schools may be allocated to NGOs to be used as part of their schools.

4) Food packages may be prepared for the families of students.

* This is an abstract from “Syria Education Report 2015” published by Hayrat Humanitarian Aid Association based in Istanbul, Turkey. (www.hayratyardim.org)

One thought on “Education of Syrian children in Turkey”