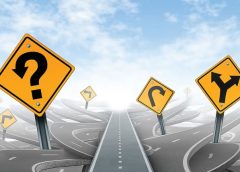 There exists for man a great comfort in hardship. Since man’s fitrah (innate disposition) is agitated, his comfort is only to be found in work and striving.

Life constitutes one [great] activity and movement.  Shawq (ardour) is its horse. When your himmah (your aspiration for work) mounts on (the horse of) ardour and runs upon the ground of life’s struggle, the very first enemy you run into- a fierce enemy indeed- is yaʾs (despair). It demotivates you (breaking your spiritual power). Against this fierce enemy, you utilise the sword of لا تَقنَطوا (Do not despair of God’s Mercy – Zumar, 39:53)

Later, the oppression of al-mayl ilā al-tafawwuq (the inclination towards having supremacy over others) which takes the place of the non-argumentative service of truth, starts to attack. It hits himmah on the head and unhorses him. To that enemy, you must send the truth of “كونوا لله” (endeavour in the way of Allah).

After this enemy (is defeated) another comes along. That [enemy] is to bypass the proper order of causes that (in life) are sequential. This [enemy’s] name is al-ʿajala (haste). It does (him) in (and himmah fails). [To defeat this enemy] you should enter the trench of “اصبِروا وَصابِروا وَرابِطوا” (persevere and endure and remain stationed) (Al ‘Imran, 3:200).

Then, another enemy called fikr infirādī and taṣawwur shakhṣī (thinking only of one’s own benefit) appears and (it) scatters the desires of man – who is civilised in nature and obliged to protect the rights of his fellow human beings, and to seek his own rights, [but] amongst them. You (should invite and) ask the assistance of the zealous (and selfless) striver in the way of Allah into the battlefield. He isخیر النّاس انفعهم للنّاس “The best of people are those that bring most benefit to the rest of mankind.”

Now another enemy attacks and cracks his back, after finding an opportune moment in other people’s takāsul. (The name of the enemy is) seeing other people’s laziness. You too should protect your himmah in the most powerful fortress of “لا يَضُرُّكُم مَن ضَلَّ إِذَا اهتَدَيتُم” (Those who have gone astray will not harm you when you have been guided.) (Maida, 5:105)

Later on, an atrocious enemy comes in and takes up a position in the battlefield, due to unassertiveness and lacking in self-confidence. (Its name is) tafwīḍ and passing the buck to others. He stays the hand of himmah and forces it to sit down (in other words, to stop its striving). You should place himmah at the summit of truth “عَلَى اللَّهِ فَليَتَوَكَّلِ المُتَوَكِّلونَ” {لا غیره} “Let those who would rely [indeed] rely upon Allah” {no one else} (Ibrahim, 14:12) so that the hand of the enemy cannot touch the tip (of the loose end of his shirt/jubbah).

And (through the end of the battle) comes the irreligious enemy. (His name is) interfering with the business of Allah. He slaps the face of himmah and blinds it. You too send this competent / efficient and duty-bound truth to him. He is فَاستَقِم كَما أُمِرتَ (Hud, 11:112) and    ولا تتامّر علی سیّدك (Do not get yourself into a position in which you are commanding your master). This teaches him his place.

Later comes the mother of all hardships and source of disgrace (and deterioration), al-Mayl ilā al-Rāḥa (the inclination towards relaxation). It chains the himmah and sends him into the (dungeons) of poverty. You (should) send against this magician murderer a high-spirited warrior: لَيسَ لِلإِنسانِ إِلّا ما سَعىٰ (There is not for man except that [good] for which he strives) (Najm, 53:39)

Yes, there exists for you a great comfort in hardship. Since man’s innate disposition (fitrah) is agitated, his comfort is only to be found in work and striving.

One thought on “Description of Battlefield of Life: Motivation, enemies and remedies”