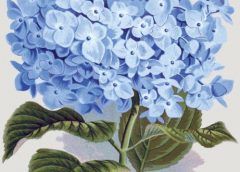 The verses from the Holy Qur’an:

“And enjoin prayer upon your family [and people] and be steadfast therein.” (TaHa, 20:132)

“O you who have believed, protect yourselves and your families from a Fire…” (Tahrim, 66:6)

“Upon the father is their [i.e., the mothers’] provision and their clothing according to what is acceptable.” (Baqarah, 2:233)

“Let a man of wealth spend from his wealth, and he whose provision is restricted – let him spend from what Allāh has given him. Allāh does not charge a soul except [according to] what He has given it.” (Talaq, 65:7)

The sayings of the Prophet Muhammad (saw)

“A dinar you spend in Allah’s way, or to free a slave, or as a charity you give to a needy person, or to support your family, the one yielding the greatest reward is that which you spend on your family.” (Muslim)

“You never spend anything but you will be rewarded for it, even the morsel of food that you lift to your wife’s mouth.” (Muslim)

“When a Muslim spends on his family seeking reward for it from Allah, it counts for him as charity.” (Muslim)

“It is enough sin for a man not to give food to the one whom he is supposed to feed.” (Abu Dawud)

It is related by ‘Aisha Radhiallahu ‘anha: Some desert Arabs came to him one day and asked: ‘Do you kiss your children?’ He answered: ‘Yes.’ They said: ‘We never kiss them.’ The Prophet (saw) said: ‘What can I do if your hearts have been stripped of compassion?’ (Bukhari)

Abi Hurraira Radhiallahu ‘anhu narrated: The Prophet (saw) kissed Al-Hasan the son of ‘Ali while Al-Aqra’a Bin Habesh Altaimi was visiting him. Al-Aqra’a said: I have ten kids and I have never kissed anyone of them, then the Prophet (saw) looked at him and said: Those who are not merciful will not have the mercy (of Allah). (Bukhari)

One thought on “Family Life in Ayahs and Hadiths”