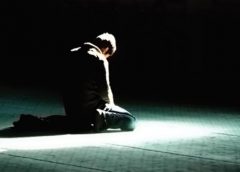 We must recognize the sins of our hearts -which are, in fact, the cause for many other sins- and repent to our Lord in sincerity.

When repentance and asking for forgiveness are the subject matters, mostly the sins that are committed by body and action come to mind. We do not even think of the sins which we commit in our hearts.

This is a big heedlessness. It is possible that, because of this heedlessness, even the believers who abstain from major sins face a great spiritual danger. This danger is to be deprived of a real repentance and asking for forgiveness sincerely and remorsefully. That is because some people who stay away from grave sins, (maybe not even thinking about committing them) like alcohol, gambling, adultery and theft, may not be able to see themselves as sinners and might not regret genuinely. The essence of repentance, however, is to recognize that we have committed a sin and to feel sorry for that.

Moreover, our Lord expects us to repent in humility with sincere invocations:

“O you who have believed, repent to Allah with tawbatan nasuhan (sincere repentance).”1

“Call upon your Lord in humility and privately.”2

Hujjat-ul Islam Imam Ghazali drew our attention to the great danger of the grave sins and to the people’s unawareness of it in his Ihya Ulum ad-Din as follows:

“The things that make man wish to attain the attributes of divinity are conceit, pride, tyranny; love for being praised, wish for honour and wealth (thus become arrogant), wish for eternity of the worldly life and wish for being more supreme than everyone. Moreover, this man almost means to say ‘I am your most exalted lord,’ as Pharaoh said. Because of this, a group of the gravest sins appears. But people are not aware of them; they do not even think that those are regarded as sins. In fact, those are such disastrous sins that they are the cause for many other sins.”3

The way to get rid of the sins in the heart is to realize that the spiritual illnesses of the heart (i.e. sins) put our worldly life and the hereafter in grave danger; and to be in a serious search of diagnosing and curing those illnesses. And this is possible when we stop being in favour of our lower self (nafs) and meticulously search for its faults. Imam Bediuzzaman Said Nursi says that the verse “فَلَا تُزَكُّوا أَنْفُسَكُمْ”4 which means “So do not claim yourselves to be pure,” is the first step of the shortest way in the Qur’an which leads human to the spiritual perfection.

One must first abandon regarding himself faultless in order to see his errors. Because it is such an odd thing that man is always in favour of his lower self, advocates himself like an attorney, is uncomfortable to see his faults, and excuses himself with hundreds of pretexts for his faults. Therefore, the first condition for diagnosing the illnesses and sins in our heart is to realize that habit of our lower self first (most people are not even aware of this), and then to abandon that habit. In other words, it is to accept in advance that our lower self is not flawless and it can make any kind of mistake.

As Imam Said Nursi says, “According to the saying: ‘The eye of contentment is blind to faults,’ when a person looks with pleasure on his soul, he does not see its faults. And because he does not see its faults, he does not admit to them, and does not seek forgiveness, nor seek refuge with God from them, and becomes the plaything of Satan. How can the soul be relied on when a noble prophet like Yusuf Alaihissalam said, ‘Nor do I absolve my own self [of blame]; the [human] soul is certainly prone to evil, unless my Sustainer do bestow His mercy.’?

Imam Nursi also refers to the grave danger of the spiritual illnesses in our heart:

“Corresponding to the outer wounds and sicknesses of Ayyub (Job) Alaihissalam, we have inner sicknesses of the spirit and heart. If our inner being was to be turned outward, and our outer being turned inward, we would appear more wounded and diseased than Prophet Ayyub (pbuh). For each sin that we commit and each doubt that enters our mind, inflicts wounds on our heart and our spirit. The wounds of Ayyub Alaihissalam were of such a nature as to threaten his brief worldly life, but our inner wounds threaten our infinitely long everlasting life. (…) Just as the worms that arose from his wounds penetrated to his heart and tongue, so too the wounds that sin inflicts upon us and the temptations and doubts that arise from those wounds will— may Allah protect us!— penetrate our inner heart, the seat of faith, and thus wound belief.”6

Some examples of sins of the heart

Now we will take a look at some of those grave sins of our heart. For instance, conceit is the biggest sin committed by our heart that our beloved Prophet (saw) said, “One who has even an iota of pride in his heart will not enter paradise.” (Tirmidhi) There is not such a severe warning about any sin apart from polytheism.

We hear that well known hadith like many other believers, but do we really worry that we might have an iota of pride in our heart? Could it be that pride took root in our heart let alone an iota of it? Is ‘the fact that we cannot feel its existence in our heart’ a proof for its absence? As a matter of fact, you will see that any bad person says “I am pure in heart.” What is more natural than someone’s being not aware of his situation and akhlaq (morals) which he always lives with? It is like the fish are not aware of the water they live in, and we, humans, are not aware of the air (unless we pay attention).

Being proud of some qualities we personally have is a sin of the heart, as is to think that you are better or more important than other people (i.e. the conceit). Self esteem and conceit are the gravest sins of a man’s heart that whenever he does something good he takes the pride for it instead of acknowledging that it is from Allah (swt), thanking Him and being happy with His blessing. To live in hypocrisy and showing-off in order to sell oneself is a serious illness of the heart that cancels out good deeds and worships. To be jealous of people and to envy the blessings given to them by Allah (swt) is actually a revolt to the Mercy of Allah (swt) and is a serious illness. To nurture hate and enmity against a believer because of his minor faults and wishing him to make a loss means underestimating his faith, which has the value of the Ka’ba and thus demands love and concord; and that is a grave sin with this respect.

Extreme selfishness is also an evil that disregards the value of human. Meanness, which is directly related to selfishness, is referred in the hadith “A stingy person cannot enter Paradise,”7 which draws attention to its degree of badness. The lack of sense of justice like disrespecting the rights of people, and even animals and other creatures, is one of the grave illnesses of the heart.

How to diagnose the sins of the heart?

Now that the sins of the heart are so much dangerous with the possibility that we may not even notice them although they have taken root within our heart; then what should we do to realize those sins?

The great Muslim scholar, a great mutasawwif (Sufi) and a specialist of the illnesses of the heart, Imam Ghazali says that human can see his faults which he cannot realize in himself in four ways in his book The Alchemy of Happiness:

1- Guidance of perfect guides, 2- Warnings of compassionate friends, 3- Accusations of enemies (because the eyes of enemy easily sees faults), 4- After seeing the faults of other people, asking oneself “Do I also make the same mistake?” and realizing his unnoticed faults and illnesses of his heart.8

Therefore, as believers we must ask our Lord to forgive our sins in practice and sins of heart together while repenting and asking forgiveness. As Imam Said Nursi suggested to us in his book Flashes, we should recite the prayer of Prophet Ayyub (as) “O my Sustainer! Indeed harm has afflicted me, and You are the Most Merciful of the Merciful,” like a wird by referring to our illnesses in our heart.

It is said in the Qur’an, “The Day when there will not benefit [anyone] wealth or children. But only one who comes to Allah with a sound heart.”9 And we know that when Allah (swt) wishes a community goodness, He shows them their faults.

We ask our Lord that we become among the fortunate servants on whom Allah (swt) bestowed repentance by guiding them to see their faults in this world. And we ask Him to make us come into His presence with a sound heart in the Day of Judgement. Ameen!

8-The Alchemy of Happiness, V.2

3 thoughts on “Repentance from secret sins of the heart”