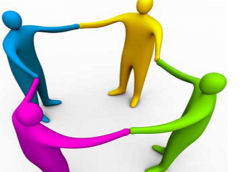 Within the framework of enjoining what is good and preventing what is evil, taking an effective approach towards people’s mistakes is important. If we do not evaluate the balances and factors involved well, the results may be counterproductive.

Criticism is to see the positive and negative aspects of a situation, item, person or behaviour and to expose them to other eyes and minds. In this article I will cover the criticism in human relations, but not scientific, philosophical or literary criticism. Criticism in human relations may be divided into two categories, positive (constructive) and negative (destructive, damaging) criticism. The criterion of determining which criticism is positive or negative is to know who criticizes whom, when and to what extent. Though the criticism is the same, if you change one of the constituents above a positive criticism may turn into a negative one.

While explaining the principles of sincerity, Imam Bediuzzaman expounds the second principle as follows: “This is

not to criticize your brothers who are employed in this service of the Qur’an, and not to excite their envy by displaying superior virtues.” Here, what the Imam refers to is negative criticism. Again, in the book of Letters, he forbids his students to use negative criticism with the following statement: “Avoid opening the door of criticism for each other. There are more things to criticize outside other than your brothers.” Generally, those who criticize most do not see their own faults and deficiencies.

We can enumerate more damages. There is also damage to the one who is criticised;

As can be seen, negative criticism may cause irreparable damage to both the critic and the criticized. Then, what should be done;

Attention should be paid to all these methods and strategies while dealing with the mistakes and faults of other people. From the perspective of the criticized person, for example, let us imagine that we are warned, but the critic does not do this in an appropriate manner and he is aggressive. In such a situation, we should not defend our mistake and we should actually thank him for warning us and correcting our mistake.

Those who are engaged in negative criticism and who disturb people around them through an aggressive approach are ones who see their own negative aspects on the other people and attack them. The situation is expressed comprehensively by a thinker as follows, “If you want to help people with all your heart and succeed finally, then you can criticize them, and this criticism will be a positive one.” Otherwise our criticism will be futile and furthermore we will gain enemies.