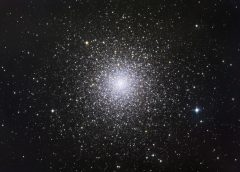 The miracle of Miraj happened on the 27th night of the month of Rajab, a year and a half before hijrah (migration) when RasulAllah (the Apostle of Allah) was in Mecca. That night Gabriel (PBUH) took the Apostle of Allah with a Heavenly mount named Buraq and brought him first to Jerusalem (Al-Quds), to Masjid al-Aqsa. This part of the journey is called Isra meaning night journey. After he performed a prayer as an imam to the souls of all the Prophets (peace be upon them all) there, he was ascended to the heaven, passed through the seven layers of heavens, saw the Hell and the Paradise and the Sidrat al-Muntaha, and then left behind all the universe passing through the Arsh A’la (the Sublime Throne) and met with Allah without any barriers in a place called Qa’b Qawsayn (the distance of two arches) and saw his infinite beauty (Jamal) and heard his word and was honoured to have a conversation with him. He returned back from this long journey in the blink of an eye.

The Surah al-Isra begins with a verse telling the first part of the Miraj journey that is the one which is till the Jerusalem in this way: “Glory be to Him Who made His servant to go on a night from the Sacred Mosque to the remote mosque of which We have blessed the precincts, so that We may show to him some of Our signs”2 Because of this quite obvious expression in the verse, Muslim scholars have said that if someone denies the Isra, that is the Prophet went to Masjid al-Aqsa overnight, becomes an unbeliever (kafir). This is because this denial means rejection of the Qur’an.

When it comes to ascent to Miraj, it is told in the Qur’an, Surah al- Najm with those verses: “that [which he conveys to you] is but [a divine] inspiration with which he is  being inspired. something that a very mighty one has imparted to him: [an angel] endowed with surpassing power, who in time manifested himself in his true shape and nature,  appearing in the horizon’s loftiest part, and then drew near, and came close, until he was but two bow-lengths away, or even nearer. And thus did [Allah] reveal unto His servant whatever He deemed right to reveal. The [servant’s] heart did not give the lie to what he saw:”

Significance of the Miraj

Miraj is a spiritual journey in which our beloved Prophet (PBUH) ascended through spiritual modes and maturity (kamalat) manners. That is, it is not an ordinary journey but a spiritual progression and ascension. Almighty Allah (SWT) has shown to his messenger whom he sent as a mercy to the all realms, the centres of His sovereignty in the seven heavens and Asma al-Husna (His Most Beautiful Names) which were manifested here. All those manifestations that he witnessed boosted all the potential in his blessed soul and he was exposed to all those Names reflected on the universe to a degree. So, to be the recipient of the manifestations of the Most Beautiful Names of Allah at utmost level is the mystery of Miraj al-Ahmad (Miraj journey of Prophet Ahmad (PBUH)) He progressed spiritually and gained an ability to meet and speak to Allah without any barrier and he became the recipient of the limitless beauty and the address of Allah, who is the Lord of Realms, in Qa’b Qawsayn leaving the entire universe behind. Our beloved Prophet (PBUH) got to know Allah, who is the sultan of the universe, in the highest level and understood the divine purposes for which He created the universe. Thus, he returned back having been equipped perfectly with all information and knowledge needed for the prophethood task which pertains to the entire universe.

Did Rasulullah (PBUH) see Allah (SWT) in the night of Miraj?

It is an absolute and doubtless truth that the beloved Messenger (PBUH) saw Allah Almighty that night. Even if some of the earlier Muslim scholars have said the contrary, the scholars of later eras such as Imam Ash’ari, Abd al-Qadir Jilani, Imam Rabbani, Taftazaani, Mawlana Khalid Baghdadi, Imam Nawawi, who are the seniors of the Ahl al-Sunnah, are unanimous that the Prophet Muhammad (PBUH) saw Allah (SWT). Nawawi said: “According to the majority of  the scholars, the Prophet (PBUH) saw his Lord. One of the Scholars of this time Bediuzzaman Said Nursi explained the reality that the beloved Messenger (PBUH) saw Allah the Almighty at the night of Miraj with those words in the Miraj Treatise: “He was honoured with Divine converse and favoured with the vision of Divine beauty, received his decree, and returned to his duty. It was possible that it could happen, and it did happen.”

Wisdom and outcomes of the Miraj

With the Miraj, Allah (SWT) made His most beloved servant (PBUH), who is the most honourable of creatures and most distinguished and beloved of humankind, read all the pages of the book of universe and watch all the realms by making him a representative of mankind. Through these reading and watching, all the purposes for the creation of the universe are conveyed to him to him and to all humanity via him. With this journey in which Prophet Muhammad (PBUH) left all the universe behind, it is explicitly shown that how precious and beloved he is in the eyes of Allah (SWT) and that all humanity must take him as their model.

There are countless benefits and outcomes of Miraj. The five most important of them are as follows:

1. The most sublime of human beings, on behalf of them, has seen the pillars of the faith such as faith in Allah, angels, the paradise and the hell which we believe them to be true without ever seeing them.

2. He has brought the tenets of Islam, especially five times daily rayers, as a gift to human beings and jinns.

3. He has witnessed personally the promised ternal bliss of the Hereafter and has told the glad tidings to human beings and jinns that the eternal bliss does really exist.

4. As he was granted to see the beauty of Allah, he heralded man and jinn that it is also possible for the each and every believer to see His beauty.

5. It has been understood with Miraj that the man is the invaluable fruit of the universe tree and the beloved worshipper of Allah (SWT).

3 thoughts on “Blessed Journey from Earth to Heavens: Miraj”