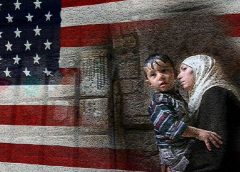 In this article, I will present a summary description of the ‘American Muslim Family Structure’, its evaluation, examination and re-examination. Because all indications are that the family structure is weakening, even disintegrating in America and elsewhere. Professor Khurshid Ahmad explains that we are living in a period of cultural crisis. It seems as if the very foundations of contemporary society are being threatened from within and without. The family, as a basic and most sensitive institution of culture, is being undermined by powerful and destructive forces.

As Zakaria Basher asserts that if we are able to define the role of the women in the society that will help us in setting the trend and direction of social change and family life in the contemporary Islamic world.

Therefore, in this paper, I will try as best as I can to present the perceptions of the Muslim scholars about the Muslim family life. The pages that follow will elucidate the core issue of the problem faced by the people of the Abrahamic faith in general and Muslims in particular.

Dr. Patrick Fagan, a great American historian wrote on May 15, 1997 that “Our future as a country depends on the strength of our families. Such strength is waning, which should give every American pause for concern and motivation for action.” “A great nation depends on great families, but weak families will build a weak nation.” If the United States is to continue to be a positive influence on the rest of the world, “its parents must first be leaders of their own homes and children.”

Obviously, Dr. Fagan and many other American Anthologists and Sociologists are very concerned about the deteriorating situation of the American family structure.

Dr. Fagan wrote that 60 % of American children belong to broken families. 71% families were headed by unmarried partners who were never married. Prof. Herbert S. Klein of University of Stanford said that 70 percent of widows were living alone and not with their extended families. According to a Rutgers University study, 51% of all marriages end in divorce.

Prof. Barbara Lebey of USA Today wrote that that “50% of all marriages in the America end in divorce.”

According to Prof. Jennifer Baker of the Forest Institute of Professional Psychology in Springfield, Missouri, 50% percent of first marriages, 67% of second and 74% of third marriages end in divorce.

Recently, a well-known actress being interviewed in a popular magazine was asked that if there was one thing she could change in her family what would it be? Her answer was simple: “That we could all live in the same city.” She understood the importance of being an extended family and being near loved ones.

The family life in Islam tarts with marriage. Islam recognizes only blood ties and or marital bonds as the true foundation of the family. It rejects all forms of sexual relationships outside marriage, be it trial marriage of one year or term marriage of 5 years or companionate marriage or childless marriage or experimental marriage for college students. (Time, April 14, 1967 – pp 110-112).

In the Islamic family the roles of men and women are complementary rather than competitive (Nelson 1968 – 260; Saleh 1972 – 196), different rather than discriminatory, (Ahmad 1974 – 215-16; Abdal-Ati 1975: 2-3). Husband and wife complement each other; one completes and perfects and beautifies the other. In other words. The male and female roles are described as equal in importance but not identical in substance.

Islam established the rule that the valid marriage must be free from any condition of temporality or restriction in regard to duration, Ahmad. It must be entered into with the intention of cherishing its bonds as long as humanly possible.

“In marriage companionship, each partner seeks ever-increasing fulfillment. With children in the family, the values of fellow feeling, of love and compassion, of sacrifice for others, of tolerance and kindness, are translated into reality and imparted in character. It is the family that provides the most congenial climate for the development and fulfillment of human personality”.

Marriage in Islam is a religious duty as well as a social responsibility. It is a social responsibility because in Islam, it is only through marriage that families are established. Marriage is a commitment not only to life itself but also to the society at large. It is a commitment that a couple makes to one another as well as to Allah (SWT). In other words, when bride and groom are married, it leads them to tranquillity. It does not mean tranquillity at the physical level only but also at the emotional, spiritual and psychological level.

In Islam, the family is the basis and foundation to develop a healthy society. The prophet said, “Marriage is my tradition, who so ever keeps away there from is not from amongst me”.

Allah says that He has placed mercy between spouses. Because without mercy there will always be tension within the family. Mercy is not and cannot be a metaphysical idea. It has to be a tangible and physical idea – an idea that has to be perceived through compassion, forgiveness, caring and sharing. Husband has to be an embodiment of compassion for his wife; and the wife has to be the embodiment of forgiveness for her husband. And it goes without saying that both husband and wife have to have the sense of caring and sharing for one another.

One of the problems facing North American society today is that the women are being pressurized to combine the role of mother with that of a job career, says

Professor Lamya Al-Farooqi. A large proportion of the female population is fulfilling a male role and a female role at the same time. In most cases, these women have failed to succeed at both.

In Muslim society motherhood is the most prestigious role of women. The Prophet says, “The paradise is under the feet of your mother.” However, the feminists have so downgraded the household and the role of motherhood that no woman feels any longer able to hold her head aloft if she does not have another occupation outside the home.

There is nothing in Islam, however to prevent woman from fulfilling other roles in society if they are not undertaken at the expense of her success in her domestic obligations, states Ahmad. “With regard to the woman’s right to seek employment, there is no decree in Islam which forbids woman from seeking employment, especially in positions which fit her nature.”

The Muslim extended family eliminates the problems of loneliness. The unmarried woman or the divorced or widowed woman will never feel lonely in an extended family structure. Al-Farooqi explains that the extended family provides a more humane haring of the care of the elderly. When they become unable to manage their physical affairs they are sent to nursing homes where they await death. In the Islamic family these members of an elder generation continue to fulfil an important role in the family throughout their lives.

In Muslim family structure both men and women are held to be equal in status and worth. Islam does not subscribe to the view that woman led man (Eve leading Adam) to sin and disobedience, states Al-Farooqi. According to the Qur’an “Satan caused them both to deflect here from”. Both were held responsible for the action, both repented their transgression and both were forgiven.

Unlike the situation in the West, where until last century it was impossible for a married woman to hold property on her own, to contract with other persons, or to dispose of her property without the consent of her husband, the Qur’an proclaims the right of every woman to buy and sell, to contract and to earn, and to hold and manage her own money and property, contends Ahmed.