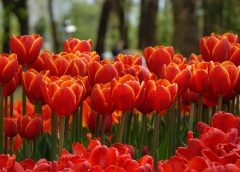 There are innumerable benefits that the belief gives to man. Some of those benefits are seen in this world while the others in the hereafter.

Benefits in the world:

1. Establish relationship with the Creator and the Lord in order not to sever ties with Him and to be in peace

2. To feel the Lord’s power and mercy and to take refuge in Him in the face of world’s difficulties

3. With the belief enlightening the spirit, to have good conduct and morality, to get rid of the bad conducts

4. With the belief enlightening the point of view, to see the entire universe and everything bright, priceless and the precious works of art of Allah

5. To see the hidden beauty and wisdom even in the events seeming ugly and evil

6. To become beneficial individuals to society

8. To be protected from or to get rid of all the psychological and social illnesses, and moral sorrows coming from unbelief

9. As a result of all these benefits and alike to live a life of paradise even in this world based on the strength of the belief

Benefits in the hereafter:

1. To be happy in the hereafter eternally

2. To be a prominent servant that Allah loves and consents

3. To gain innumerable kinds of bounties of the paradise

4. To see the Divine Beauty of Allah, to have the honour to have conversation with Him

5. To meet the unlimited desires that cannot be satisfied in the world

6. To meet the beloved relatives and friends who have had the belief

7. To meet all the valuable memories in the past and everything that was out of hands

8. With the removal of the veils from the eyes, to learn the reason and meaning of the things that the person could not understand in the world

9. To get rid of eternal torment and loneliness coming from unbelief

Imam Said Nursi briefly refers in a treatise the difference between a believer and a disbeliever as follows: The one who knows and loves Allah is able to receive endless bounties, happiness, lights, and mysteries in this world or in the hereafter. The one who does not truly know and love Him is spiritually and materially afflicted by endless misery, pain, and fears. (The 20th Letter)