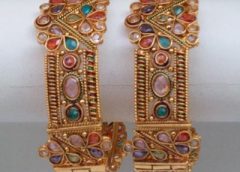 When the apostle of Allah (PBUH) announced his prophethood, this announcement was a defiance not only to a tribe, a group of politicians, or a religion but to all sultans, kings and religions. However, at the beginning, it was a visible fact that he (PBUH) would suffer challenging difficulty in his cause while his tribe, kinsfolk and even his uncle were enemies to him. But, even though he (PBUH) was subjected to attempted assassinations many times and he was without bodyguards, he fulfilled his duty with great happiness and reached his goal and completed his mission. After a quick glance over his life we conclude that he (PBUH) was under a great protection.

The Quraish did not tolerate this challenge. The leaders of the Quraish thought that the only way of destroying this challenge was possible by killing the prophet himself. Two hundred men, chosen from every tribe so that the blood revenge could not be pursued attacked the Prophet’s house under the leadership of Abu Jahl and Abu Lahab.

The Messenger of Allah (PBUH) came out and threw a handful of dust over them. None of them could see him and he passed through them. When the leaders understood that they had missed him, they sent their men to every corner of the land so that they would catch him. There was a man named Suraqa among them who traced tracks well and who was courageous. They hired Suraqa promising a reward and wanted him to kill the Apostle of Allah (PBUH).

When the Messenger of Allah (PBUH) and Abu Bakr as-Siddiq (R.A) went out of the cave Suraqa caught up with them in the way. Abu Bakr (R.A), with an unmatched loyalty and devotion, hovered around the Prophet (PBUH) and took all the precautions to protect him.  When he saw Suraqa he was alarmed. The Apostle of Allah (PBUH) said to him “Don’t worry, Allah is with us” as he had said it in the cave.

After the Prophet (PBUH) calmed Abu Bakr (R.A) down, he flashed at Suraqa and his horse’s legs were stuck in the ground. Then, he got rid off it and followed them again. His horse’s legs were stuck again and something like smoke came out of the ground. Then, Suraqa understood that neither he nor anybody could harm the Prophet (PBUH).

What did Suraqa think while he was returning? Did he say “Is it possible for me to wear the bangles of Kisra?” Kisra was then the king of a state which was one the superpowers of the world. They did not esteem the Arabs and insulted them on all occasions.

However, he (PBUH) did not defeat even his tribe just a little while ago and had to emigrate because of their tortures and oppressions. But, the Prophet (PBUH) predicted that Kisra’s country would be conquered by his Ummah and Suraqa also would be in this conquest and Kisra’s bangles would be given to him.

Years later, in the era of caliphate of Umar (R.A), the armies were sent to the Iranian frontline under the commandership of Sa’d b. Abi Waqqas (R.A). Once, the Muslim army came across the River Tigris when they would attack the Iran army. Sa’d b. Abi Waqqas (R.A) addressed to the army and ordered them to get in the water in order to get across the river and to implore “I seek help from Allah (SWT), He is enough for us, and what a fine helper He is…”

The soldiers walked to the deep water in pairs and consecutively. The River Tigris had become very dark and bubbly. While the soldiers were passing through the river, they were chatting together as if they were walking on ground. They got across without any casualties. When the Persian soldiers saw the Muslims they were shocked and panicked terribly. They had thought that the Muslims could not pass the river. They were completely defeated with a sudden attack.

Sa’d b. Abi Waqqas (R.A) sent three delegates upon the demand of Rustam, the commander-in-chief on the Iranian frontline. The Iranians prepared a pompous tent to meet the delegates. They wore their jewelleries, laid precious rugs to the ground, furnished cushions. They set a golden throne and put golden brocaded pillows on it. They thought to impress and humiliate Muslims by doing so. The first delegate Rib’i b. Amir (R.A) came on an ordinary and humble horse and wearing modest clothes.

They told him to dismount his horse. Rib’i (R.A) did not. He got on the rugs with his horse and pierced two cushions, and fastened his horse to these cushions. He walked on the rug hitting his spear on the ground. Since the tip of his lance was acute, it riddled the cushions and rugs with holes. To be treated in this way by Muslims, whom they insulted relying on world sovereignty, power and splendour, defeated them even before the battlefield.

After these attacks, Iran was conquered. Allah (SWT) granted all treasures of Kisra and lands of Iran to Muslims. Caliph Umar (RA) had the bangles of Kisra and brought them to Madina. Giving the bangles to Suraqa, Umar confirmed the Prophet’s (PBUH) prediction of the future.

The Messenger of Allah (PBUH), who was the leader of a cause which was about to be destroyed during hijrah heralded his followers for both properties and sovereignty of this world and the hereafter. Those heralds were realized one by one, and in a very short time, his message reached every corner of the world.

The spirits inspired and trained by him (PBUH) were not fearful against the barriers in the way of spreading his message (PBUH). Allah (SWT) cherished them against all the states and kings of the world. We implore that Allah (SWT) grant us the dignity, honour, zeal and spirit of the companions (R.A).