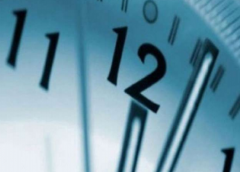 The relations between “haves” and “have-nots” have been problematic since ancient times, and remain so today. The greed of man has always led him to turn his fellows into slaves in all cultural spheres. How Islam treats this issue is worth looking into.

The ideal Islamic economy is a model which is supposed to be based on totally Islamic institutions, individuals and society. In fact, even the employer and employee conflict which is the result of a society with classes does not have a place in the ideal Islamic society. However, when someone steps into the field of the ideal Islamic order, especially its economic structure, he faces many problems. For that reason it is remarkably important to move in the light of the ideal Islamic model without mixing up this makeshift solution and the ultimate target with each other.

Some questions arise in these kinds of studies. One of them is the domination which the Western-originated concepts have set up in our minds. The concepts in question may be useful in the beginning when we formulate our thoughts. Until the concepts of Islamic economy are established this utilization will go on. However, we need to gradually clean these concepts which are alien to the

logical framework of Islam out of our minds.

In this article I have tried to explain some concepts, like the problem of employer and employee relations, and the rights and responsibilities of both sides, by taking advantage of the works of scholars who are experts on the issue. I intend to explain the theme comparatively as I consider this to be more useful. Success is from Allah (SWT).

The concept of employee (ajr) and the resulting problems

A definition of employee has been made in the item 413 of Majalla (the civil code of the Ottoman Empire in the late 19th and early 20th centuries). According to that, the employee is the one who rents out his self (labour). However, the employee (ajr) is categorized into two groups based on their specification as private employee (ajr khas) and common employee (ajr mushtarak).

If an employee needs to carry out his labour within the mandate of an employer, this employee is called a private employee. Such an employee can do nothing extra within the period in which he is carrying out his labour. Today, civil servants, workers in industry and agriculture and day labourers fall under this category.

If the contract predicates a worker to carry out a specific job instead of signifying that he is to assign his labour for a specific time period, then this worker is called a common employee. Tailors, barbers and doctors fall under this category. Noticeably, while the modern capitalist employee concept includes only the private employee, the common employee is also regarded as a labourer in Islam.

The problem of the labourer emerged in the West. The beginning of the dichotomy of ‘employee-employer’ in the meaning used today was at the time of the industrial revolution. The accumulation of wealth into specific hands during the industrial revolution led to poverty becoming widespread, and also the increase of production and technological development led to a clash of classes, unemployment and low wages. The adversities in question caused the emergence of syndication. We could say that the syndication process in Islamic countries is a result of westernized economic systems.

The issues which are called the “labour problems” do not have a place in Islam, because these problems arise from the fact that the wage which the labourer gets is determined by criteria which only take into account the lowest standard of life possible for them. The labourers do not get the money they deserve, but they get an amount of money which will allow them to survive and continue to work. This practice has led the capitalists to hold leverage on the labourers. The workers, having seen that their labour and sweat were exploited, retaliated against the capitalists with collective contracts and syndicates.

As was mentioned earlier, there is not such a problem in Islam because in addition to the Land-Lease Act, which regulates employer and employee relations, the articles regulating commerce, agriculture, industry and maintenance for life and the conducting of business are regulations

which comprehensively solve the problems of the workers.

In addition to this, the fixing of the employee’s wage is based on the benefit of the labour which the employee spends in the market, of the benefit that the employee provides, not on the minimum subsistence level. For that reason, enslavement of the employees and the exploitation of their labour is not the case at all. There is no difference between the private employee and the civil servant. The employee gets paid like his equals in the society. Here I need to make the point that the quality of the labour also needs to be taken into account. That is, it is only fair that different types of labour get different levels of payment. However, that the different levels of payment should lead to a lowering of the standard of living for some individuals is not something desired or even tolerated.

When the employer and employee disagree, the experts step in to determine the wage that the employee will get. These experts are chosen by both sides. If the sides can’t agree on fixing the wage, the state authority picks an expert (he may be a member of the Ministry of Labour or lower departments) and the decision of this expert then becomes binding on both sides.

It needs to be stated that there are two different views on the fixing of wages and also of prices:

1- It is not legal or appropriate to declare official fixing for prices and wages.

2- It is necessary to declare official fixing for some prices and wages.

The rights of the employee

The responsibilities of the employee

The capitalist countries have exploited the labour of the workers to a great extent for their own development. They have exploited first the slaves, then the workers and used the labour as a financial tool to increase their wealth. Islam has established the balance of individual-society-state and prioritized the security and livelihood of its communities with the principle of social justice. Islam aims to give everybody what they deserve, in contrast to both the earlier capitalist understanding which curtailed the rights of labourers, and the policy of the neoliberals, which decreases wages with the practice of ‘flexibility’, de-emphasizes the rights of the employees and sacks the labourers easily.

Islam has always regarded labour as a lofty value, prioritized frugality and banned extravagance. It aims for the distribution of the wealth amongst the people instead of its accumulation in specific hands.

The Islamic economy has organized the labour-capital and employer-employee relations with cooperation from both sides, as opposed to the Western model, which conducts these relations based on conflict.

The employer supports the employee and the employee backs up the employer because both sides know that what is most important, after man’s accountability to Allah, is to be respectful of the rights of the other individuals, and that labour, after performing the compulsory prayers, is also worship.